5 Things You Didn’t Know about Cocaine

Since the 1980s, cocaine has exploded as a popular recreational drug, but it’s been around for thousands of years. Despite being used over time as medicine, cola, wine, and other products, one fact remains the same. It is highly addictive and dangerous.

Here are five things you didn’t know about cocaine. 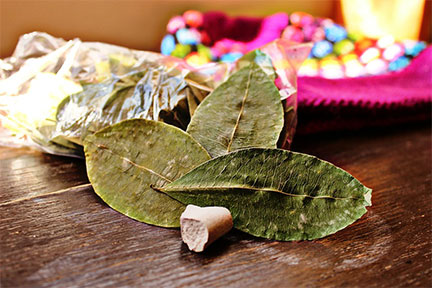 Cocaine Goes Back Thousands of Years

The indigenous people of South America chewed the leaves of coca plants for nutritional value and as a stimulant and anesthetic. The leaves were also used in tribal, medical, and religious rituals.

Studies now show that the drug has a similar effect on the body as sugar.

Cocaine was Marketed in Medicine for Adults and Children

German chemists isolated the chemical compound of cocaine within the coca leaf in the mid-1850s, which led manufacturers to create and sell products with cocaine in it. In fact, pure cocaine was first extracted from coca plant leaves in 1859 and was marketing in a fortified wine in France as early as 1863.

Other products with cocaine were women’s shampoo, tooth drops for children, toothpaste, cigarettes, anesthetics for surgery, and treatment for alcohol and morphine addictions.

William Stewart Halsted, a famous American physician who introduced the radical mastectomy for breast cancer, was the first doctor to be addicted to the drug. Halsted used the drug on his patients during many of their surgeries.

Cocaine Side Effects Brought Public Outcry in the 19th Century

Despite the popularity of the drug and evidence of addictiveness medical professionals and politicians tried to ignore it.

Even Sigmund Freud who initially praised cocaine’s effects in treating depression and anxiety swore off cocaine after suffering an irregular heartbeat and nosebleeds.

Even though the national percentage of cocaine is low, it’s responsible for the highest costs to the criminal justice system of any substance in Canada following alcohol.

In 2014 cocaine attributed to $300 million of lost productivity in Canada. Premature mortality, long-term disability, absenteeism, and impaired performance are how productivity was lost due to cocaine abuse. Cocaine was also responsible for 297 premature deaths and 883 people being removed from the workplace that year.

Mothers who use cocaine during pregnancy usually give birth prematurely. The babies usually have low birth weights and brain damage. About 400,000 babies are born addicted to cocaine in the United States each year.

Getting Help for a Cocaine Problem

Although cocaine isn’t a legal or a dominant drug like it was a century ago, it remains to be a potent substance that affects the lives of addicts and their families.

If you or a loved one is suffering from cocaine addiction, contact us today.