It may seem beyond logic. Someone has a drinking problem, so they stop drinking. Perhaps the problem is not entirely solved (in fact, we know that not drinking is not enough) but at least the drinking stops. Curiously, millions of people attempt to curb their alcoholism through self control or moderation rather than turn to complete and total abstinence. For some, great success is found. Treatment and recovery conservatives believe that it is possible such people are not truly alcoholics. As it is stated in The Big Book of Alcoholics Anonymous, to those who can turn around and “drink like a gentleman”, our hats are off to them. It is entirely possible that people experience an alcoholic chapter or episode in their life, only to be rid of it by moderation or another treatment method. There are some, however, who are unstoppable in their. No matter the period of sobriety, the abstinence is always challenged by yet again another relapse. Unable to control their drinking, their lives become unmanageable, time and time again. A real alcoholic tries to drink like a normal person only to realize they cannot. 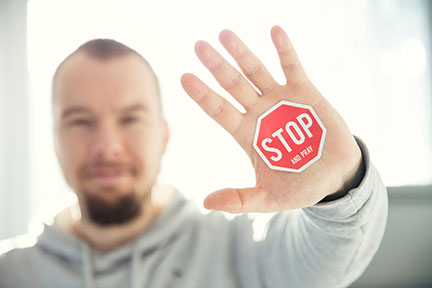 New research from a University in Sweden proves that abstinence is a more successful method for addiction treatment than moderation. Of 201 adults in the research who were studied two and a half years after treatment, an overwhelming 90% of abstinence patients were successful at multi-year long term sobriety. Additionally, the study found, that it is actually more difficult to try to “stick” with controlled drinking as opposed to just following abstinence. Even reward systems (rewards for the brain through the material of alcohol) encouraging controlled drinking) don’t work. The research found that only 50% of those who attempted to control their drinking were able to do so.

A vast majority of treatment centers and fellowship style meeting programs like Alcoholics Anonymous advocate for abstinence. Unfortunately, due to the nature of addiction and alcoholism, the fear of abstaining entirely from drugs or alcohol can prevent treatment. Most people in recovery can testify that the cravings, desires, and obsessions do go away in time, but certainly recycle themselves through each spurt of relapse.