Home » Resource Centre » Adderall And Crystal Meth: One In The Same According To New Research

“Methamphetamine produces nearly identical effects to those produced by the popular ADHD medication d-amphetamine (dextroamphetamine). You probably know it as Adderall: a combination of amphetamine and d-amphetamine mixed salts.” Carl Hart is an “amphetamine expert” and a professor of psychiatry at Columbia University in New York. He wrote a piece for Vice explaining that the way the public views methamphetamine and drugs like Adderall is completely confused. Both drugs are highly addictive, have devastating effects and can cause death by overdose. Adderall addiction is more prevalent today, but still faces a different level of stigmatization from methamphetamine, often known as Crystal Meth. 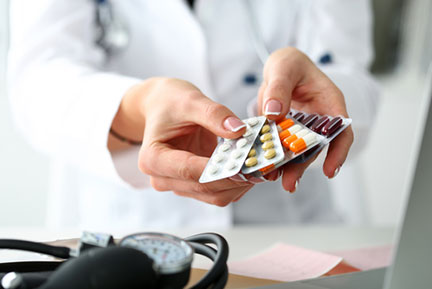 Hart also explains that part of the reputation methamphetamine users gain is in the way they use the drug. Using methamphetamine by snorting it, smoking it, or injecting will always produce a more intensified effect. However, Hart reveals, the same is true for the use of amphetamines as well.

Such information is not meant to cause panic regarding amphetamine drugs like Adderall or that anyone who is currently using the prescription drug suddenly stop, Hart emphasizes. On the contrary, he believes that the awareness should decrease stigma.

Addiction to both methamphetamines and amphetamines can require detox when considering treatment. Symptoms of withdrawal for both of these drugs usually includes depression, exhaustion, and fatigue. Methamphetamines and amphetamines are stimulant drugs, causing an increase in brain activity and physical energy as well. Recovery from addiction to crystal meth and Adderall is possible with detox, residential treatment, and a continuum of care. Aurora Recovery specializes  in addiction to meth and stimulant drugs, providing excellent care from a luxurious location in Canada. For more information, call 844-515-STOP.