Home » Resource Centre » Is Addiction About Morality? Look To Chocolate.

Addicts are liars, cheaters, thieves, and criminals. This is the common idea of why an addict would go out of their way to abuse harmful drugs. In reality, many addicts are these things. However, morality doesn’t define addiction. Sickness does. Though addicts may behave in less than socially acceptable manners, they don’t do so because they are inherently bad people. Addicts are suffering from the disease of addiction. They are not immoral, they are ill. 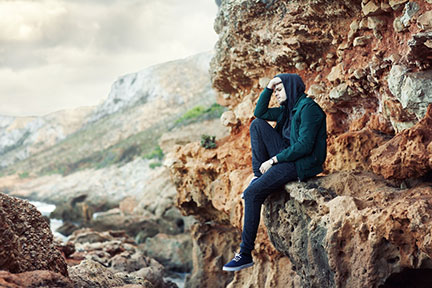 Cravings and obsession are unique to addiction. When an addict begins craving a drug, they quickly become obsessed with finding and taking that drug. Director of NIDA, the National Institute on Drug Abuse, Nora Volkow likens the experience to chocolate on an episode of the PBS show Open Minds . Even the most devoted chocolate lover is able to abstain from eating chocolate. Passing cravings may tempt someone to eat chocolate, but they will let the moment go. Under certain circumstances like stress, boredom, or anger, there will be no stopping the need for chocolate, or it’s consumption. Binge episodes of chocolate will follow, likely with a decree of never eating chocolate again. Soon enough, there’s another delicious morsel being deviously sought out. A need for chocolate may grow severe, but in the most dire moment, a regular individual will be able to resist.

Addiction is not about willpower. Psychologically, an addict has lost the ability to reject feelings of craving. Certain areas of the brain that control decision making, like the frontal cortex, are influenced by consistent abusive drug use. Other systems in the brain are impacted as well, like the pleasure and reward system.

Physiologically, an addict suffers symptoms of withdrawal when they are not using their drug of choice. Surely, a dampened mood can be experienced when a chocolate craving isn’t met. However, it is unlikely to be countered by physical symptoms like nausea, shaking, sweating, depression, anxiety, or vomiting.

Being driven by mental and physical desires, it actually becomes nearly impossible for an addict to make good decisions. Blinded by cravings, they will go to any length to secure their next dose and ease the massive discomfort they are facing. To the outsider their behaviors seem immoral; to them, their behaviors are rooted in survival. While many can jest that they absolutely need some chocolate to make it through a day, it is unlikely that their neurological structures have been rewired to convince them so.