Home » Resource Centre » How Are ADHD and Addiction Connected?

ADHD has become an increasingly popular diagnosis for children. Now, children as young as preschooler age are regularly being diagnosed with ADHD. Doctors are prescribing them stimulant drugs like adderall and vyvanse. Based on the theory that ADHD, like other disorders, is a chemical imbalance, medication seems to be surefire way to restore balance to the brain. 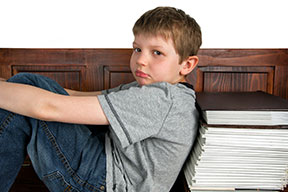 However, research is finding that medication does more harm than good in a young developing brain. Stimulant drugs interact with sensitive neurotransmitters like dopamine and serotonin. Additionally, it influences the development of the brain. As TED speaker and neurobiologist David Anderson writes, “You can’t take the kid off the drug after puberty and say, ‘Whoops, let’s go back and do puberty without the drug.’”

How are ADHD and Addiction Connected?

There is a high correlation between ADHD and addiction. Commonly, one is the chicken and the other egg. Meaning, that substance abuse can act as a coping mechanism for a hyperactive brain. On the other hand, ADHD medications can pre-wire the brain as it adapts to a cycle similar to the neuroscience of addiction. Science has begun to question the validity of early age medication because of this. Thus far there is no definitive answer on whether or not childhood prescriptions directly cause addiction, though, there are very strong points.

ADHD stimulant drugs are essentially amphetamines, like cocaine. Cocaine and other amphetamines are highly addictive because of the way they produce dopamine. One of dopamine’s primary functions is transmitting pleasure to other parts of the brain. Neuroscience of addiction looks at how dopamine communicates with the reward center of the brain, instilling a connection between the substance of choice and pleasure/reward. Dopamine and the reward center are not exclusive. Anderson explains that there are as many as ten kinds of dopamine neurons, each with different functions. Amphetamines will interact with all of them, creating a wealth of reactions that may go uncharted.

Mistakenly, people view prescription management of brain disorders as an overall treatment method. Neuroscience demonstrates that the brain changes in response to this kind of stimuli. It does not just change one part, for example, the ADHD. Instead, it reacts as a cohesive unit and responds accordingly. Part of that response includes normalizing the dopamine production process, and keeping note that there is an external cause for this. As a result, information is stored in the memory that certain substances stimulate pleasure, focus, and everything associated as a ‘reward’ with ADHD.

Aurora Recovery Center welcomes men and women suffering from a dual-diagnosis of ADHD and addiction to heal through our treatment programs. We offer therapeutic treatment and spiritual care to provide a holistic transformation of mind, body, and spirit. For more information on how we can help you or a loved one begin your journey to recovery today, please call 1844-515-STOP.