One third of women with Attention Deficit Hyperactivity Disorder have anxiety disorders and half have considered suicide. These numbers come from a recent study conducted in Canada. The study looked at just under 4,000 Canadian women between the ages of 29 and 39. Of those women: 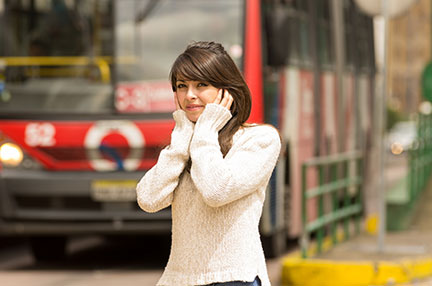 Other conditions that had high numbers among women diagnosed with ADHD included extreme and debilitating physical pain, insomnia, as well as smoking. As many as one in three of the women suffered financially, unable to meet basic criteria in their lives such as food and clothing.

Why are Women with ADHD so affected?

ADHD affects women differently than the way it affects men. Most ADHD diagnoses are given to children who demonstrate symptoms of the disorder between the ages of 3 and 8 years old. Statistically, those diagnoses have the highest occurrences in young boys- about three times more likely. Interestingly, the Canadian study examined women mostly in their thirties. Women develop symptoms of ADHD later in life, receiving a diagnosis long after their developmental stages. There are an estimated 4 million women with ADHD who go undiagnosed and untreated. Additionally, common symptoms of ADHD like being forgetful and disorganized are exemplified in different ways for women than they are for men. For example, rather than being hyperactive and restless like men with ADHD, women are more impulsive and scatterbrained.

According to Dr. Ellen Littman, an expert on female ADHD, social expectations can contribute to how ADHD affects women emotionally. Struggles with everyday practices like prioritizing, organizing, cleanliness, and concentration difficulties are embarrassing. Especially among girls with higher IQ’s who are considered ‘smart’ they see their shortcomings as failures. Rather than understanding the imbalance in their brain exacerbating these challenges, women interpret their behaviors shamefully and hide them. As a result, many continue to go undiagnosed.

Stimulant amphetamine medications like Adderall are popular courses of treatment for ADHD. These prescription drugs run a high risk of substance abuse development, which is already problematic for the female ADHD population. Strattera is a non-stimulant alternative. Therapy and developing techniques for managing one’s unmanageability are other methods for treating ADHD in women.