People who abuse alcohol still have some semblance of control. When the negative effects of excessive alcohol consumption starts interfering with their ability to functionally live their lives, they usually course correct. They are cognitively capable of recognizing negative consequences. In contrast, people who have developed alcoholism will consider their drinking to be inconsequential, or at the least, they won’t care about the consequences- good or bad. 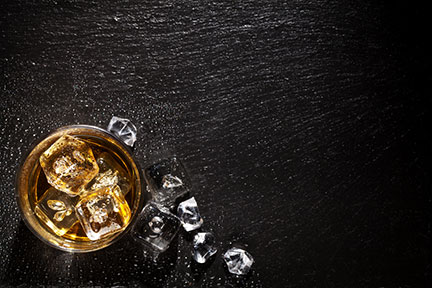 Alcoholics have become cognitively impaired, meaning that they have lost the ability to obtain and use knowledge. Though to the world around them the signs are evidently pointing toward “you have a drinking problem”, to the alcoholic, it gets lost in translation. Not only does alcohol abuse maintain control of drinking, it maintains control of thinking.

How much one drinks also does not define the difference between alcohol abuse and alcoholism. Reports find that normal drinking would be the consumption of one to two drinks per day, depending on gender. Binge drinking is marked at 4-5 or more drinks in one sitting, throughout one day. Abusing alcohol and alcoholism can both fit within these ranges. Alcoholism does not necessarily mean that an individual excessively and uncontrollably consumes alcohol all day long. Instead, a signifying characteristic is that once the alcoholic has the first drink, they will be unable to prevent themselves from having another. Alcohol abusers may go overboard, even repeatedly, but they will be able to moderate eventually. Debate on whether or not an alcoholic can return to moderation is still undecided. Millions of relapsers know, however, that it seems an improbable roll of the dice, and the stakes are far too high to chance.

Treating alcohol abuse and alcoholism also requires different approaches. Alcohol abuse will not likely be a long term issue. Alcoholism is believed by many not to ever truly go away. The brain will heal with time spent abstaining from alcohol. Yet many alcoholics feel that they are never one hundred percent free from the idea of taking another drink. Abstinence is promoted on both sides of the fence. Traditional methods of therapy should be considered for investigating the underlying emotional causes for abusing alcohol. Is it possible that someone simply enjoyed the effects and began seeking it more to the point of a neurochemical change? Absolutely. However, alcoholism is rarely a standalone issue. Getting to the core of what drives someone to drink in the first place can solve the problem of taking that first drink.