Living with depression is a common, but serious mood disorder. According to the World Health Organization, 350 million people worldwide live with depression. That’s equivalent to 5% of the world’s population. It affects every person differently, and for that reason, it is a difficult mental illness to treat. Depression has many clinical forms including persistent depressive disorder, perinatal depression, psychotic depression, seasonal affective disorder and bipolar disorder. 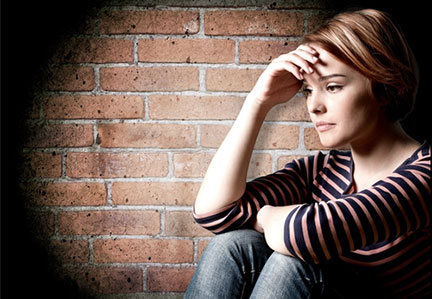 Living with depression in all of its forms makes a person feel as though they’re stuck in a hopeless situation they’re unable to escape from. It affects a person’s mood and vitality and can accompany anxiety disorders. It interferes with a person’s motivation and ability to be productive, active and/or social.

Living With depression can range from mild to severe, including:

The more a person understands their depressive behaviour, the easier it is for them to make positive lifestyle changes to combat it. Even the most severe depression is treatable. Eating well, sleeping better and employing an exercise routine to keep motivated every day can help lift a person’s mood and loosen the hold of depression. Medications will help ease the psychological symptoms of the disorder, but medical treatment works best once one has already taken the steps toward a healthier lifestyle.