Home » Resource Centre » Do You Have To Believe In God To Get Sober?

It is a common misconception about recovery and sobriety: people standing around, smoking cigarettes, talking about how God has saved their lives. Quite the contrast to the ordinary image of an addict or alcoholic, who is often characterized as a homeless, immoral criminal. The word God and the concept of recovery from drug and alcohol addiction are closely associated. Mostly, this is due to Alcoholics Anonymous. 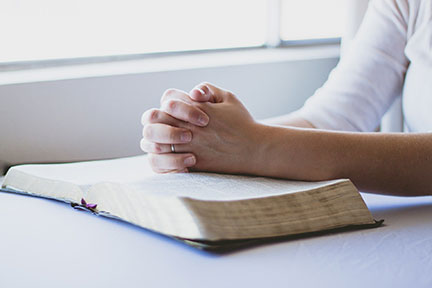 AA, as it is known, was the first program of its kind focused on supporting alcoholic men and women who could not find a solution to their problem of drinking. “There is a solution”, AA claims, and that solution lies in a spiritual awakening which is attainable through the work of the twelve steps. When AA was founded in the 1930’s there was no answer to the insanity of alcoholism. Men and women spent months in what were called “health farms” and “sanitariums”, which were like mental hospitals. Neither psychiatrist, psychologist or medical doctor could explain the alcoholic’s compulsion to drink. Despite liver failure, brain damage, and unending social or familial consequence, the alcoholic continued to drink.

Bill Wilson, founder of Alcoholics Anonymous, had a drinking friend who visited him one day after getting sober. “I got religion” he famously proclaimed to Bill, and that religion was the answer to all his problems. Later on, Bill would have what he described as a “spiritual experience” and coming to know God. He would share that experience, strength, and hope with another alcoholic named Bob. Together, Bob and Bill would create Alcoholics Anonymous out of two simple solutions they discovered: a spiritual solution and talking to another alcoholic.

Alcohol and addiction treatment is relatively young. The growth of AA happened so rapidly and was so effective that it became the standard for treatment. Close to 90% of American treatment centers are run on the philosophy of the twelve steps. AA is worldwide, it’s primary text The Big Book of Alcoholics Anonymous translated into dozens of language. Spirituality is universal as is the experience of alcoholism.

Unfortunately, many enter treatment closed minded to the idea of spirituality. Mostly, that is because they are aware of how closely entwined God is with the twelve steps of AA and recovery as a whole. Is it a requirement to find and believe in a God in order to get sober? Many would say yes and many would say no. There is, according to AA’s specific language, no one God; rather, it is God “as we understood Him”. Finding a “higher power”, as AA describes it, serves a purpose in surrender, faith, and trust. For millions of people around the world, developing a spiritual manner of living has been a life changing and life saving shift. There are few for whom finding faith and hope has steered them wrong.