Home » Resource Centre » Is Your Binge Drinking Becoming A Problem?

Binge drinking doesn’t always look the same as alcoholism. Determining how problematic binge drinking has become can be confusing. Look to these signs as guides to an increasing problem with binge drinking.

Binge drinking tends to give someone the opportunity to ‘let loose’. Alcohol is called a ‘social lubricant’ because it impairs area of the brain associated with decision making. As a result, alcohol lowers social inhibitions. At the worst, one night of binge drinking could end a relationship, cost a job, or end up in trouble with the law. 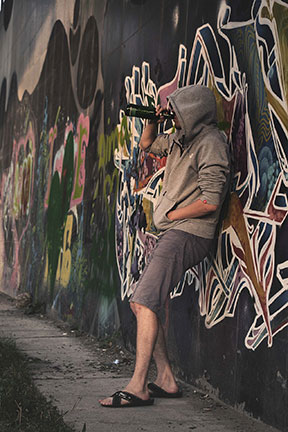 Medical professionals have agreed that consuming between five to seven alcoholic beverages throughout the week can actually improve health. On average, that’s one drink a day– which is not the same as seven drinks on one day. Not only does high interval drinking on the weekends reverse alcohol’s positive benefits, it encourages all the negative ones. Binge drinking has been shown to weaken the immune system and damage the liver.

Numbers and binge drinking don’t seem compatible. Intending to have just one or two drinks, somehow five or six drinks are consumed. Binge drinking is progressive. Failing to meet limitations drink by drink indicates a lack of control, which is a key symptom of alcoholism.

Binge drinking stands out from chronic alcoholism because it is not an everyday occurrence. During a binge drinking episode, however, blackout, loss of consciousness, and memory loss tend to occur. Getting “drunk” at each drinking occasion is a problematic sign.

Binge drinking induces lethargy, forgetfulness and a lack of motivation. Important tasks and responsibilities fall through the crack as they come second to binge drinking. Weeks can go by without getting things done which need attending to. Habits are difficult to break. Binge drinking contributes to the development of poor habits.

Friends have subtly, and not so subtly, commented on the presence of problematic drinking. Family members might have suggested trying AA or cutting drinking out entirely. When binge drinking patterns become noticeable to family members, it is often a sign change is needed.

The line between binge drinking and alcoholism is blurred. Each are destructive. Aurora Recovery Center offers treatment programs for men and women suffering from alcoholism. From detox to sober living, Aurora offers a comprehensive program of healing and transformation. Are you concerned about your or a loved one’s drinking patterns? Call Aurora today for information on how we can help. 1844-515-STOP.