Binge drinking is constituted by how much alcohol is consumed within a short amount of time, the typical measurement being 2 hours. How quickly the blood alcohol content raises in a two hour basis determines whether or not drinking is binge drinking. For women, typically the drink amount is four or more drinks within two hours. Men have more body weight, typically, making it five drinks in two hours for them. 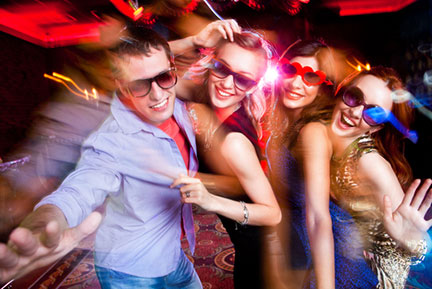 Binge drinking is most common amongst young people between the teenage years and mid to late twenties. Studies have found that young people are not aware of how many drinks they should or should not be drinking. In addition, they reported not understanding what truly counts as one drink. Alcohol to mixer ratios are usually at lethal levels for young people. One drink is considered: one twelve ounce beer, one five ounce glass of wine or one and a half ounces of liquor.

Side Effects and Binge Drinking

Though alcoholism and binge drinking are not the same, binge drinking can have similar effects and consequences. Heavy intoxication from alcohol can cause: impaired judgment, loss of memory or consciousness, stroke, injury, and accident. Research has found that binge drinking episodes lower the immune system and put drinkers at a higher risk for heart attack or stroke within a week after binge drinking.

Binge drinking sees its highest risk in the party culture. Typically, binge drinking is episodic, meaning a drinker will go many days without consuming an excess amount of alcohol. However, when there are binge drinking episodes they can be fatal. Alcohol takes about 20 minutes to metabolize. Rarely, in the young party scene, does one wait twenty minutes between drinks. Taking back to back shots, guzzling down multiple beers at a time, and drinking quickly, pushes large amounts of alcohol through the bloodstream. Problematically, once the body metabolizes all the alcohol, it hits quite suddenly. Binge drinking can cause overdose on alcohol, requiring hospitalization.

Signs Of A Binge Drinking Problem

Aurora Recovery Centre offers alcohol detox and treatment for men and women in addition to dual diagnosis treatment for any co-occurring mental health disorders. If you or a loved one might be suffering from a binge drinking problem, please call 844-515-STOP.