It is unfortunate that the term ‘binging’ has taken a comical mainstream meaning. People binge on their favorite foods, they binge on Netflix. Society has embraced the idea of throwing all responsibility aside to completely indulge in something satisfying. Be it a movie, a new TV series, or a favorite food, people are making light of binging. 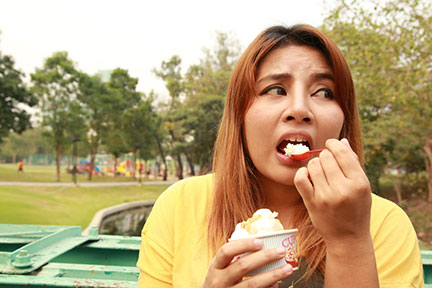 What is Binge Eating Disorder?

For almost 3 million Americans, binging is a serious problem. Binge Eating Disorder is the most common eating disorder Americans suffer from today. Focused on the over-consumption of food, BED does not involve purging food. Whereas other eating disorders will include binging episodes followed by attempts to purge by starvation, vomiting, or excessive exercise, binge eating disorder does not. Eating disorders in general signal a lack of control in regards to eating habits. People suffering from binge eating disorder report feeling unable to stop themselves from binging when they are in the throes of an episode. They also report feeling immense guilt and shame. Their shame is being shared by a country and food industry that feeds obesity.

One-third of Americans are obese. The American Diet is renown for being high in refined sugar and tons of processing additives that are terrible for overall health. Major food companies and distributors are coming under fire for making food more addictive by adding higher amounts of unnecessary sugar. Sugar addiction is a driving cause behind binge eating disorder, though the definitive causes of the disorder are still being researched.

Binge Eating Disorder as an actual diagnosis is relatively new. The disorder was only added to the DSM-5 in 2013. According to the DSM, binge eating disorder is characterized by:

Treatment for Binge Eating Disorders is still being developed. Evidence based treatments like Cognitive Behavioral Therapy is helpful in changing thinking about food and supporting better lifestyle decision making.