For years food and drug administrations around the world have contemplated the regulation of caffeine. According to the International Coffee Organization, as of May 2016, 9.32 million bags of coffee were exported. An estimated 152.1 million bags of coffee weighing 60kg each were consumed in 2015. Taking away the world’s coffee could result in world war. The world loves coffee and caffeine. Cultures have been grown around it. 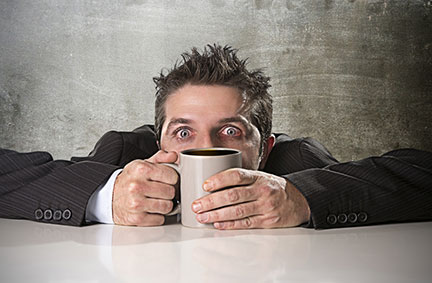 Addiction to caffeine is a topic probably laughed about by coffee lovers everywhere. Many know the struggle of waking up and not feeling ‘alive’ until their first cup of coffee. However, the medical community now considers this a diagnosable disorder. In 2015 the DSM-5 listed caffeine withdrawal syndrome as a mental disorder.

Different drugs change the brain in different ways, affecting different areas. The specific neuroscience of why caffeine is addictive is complicated. Caffeine is a stimulant, but not on it’s own accord. Rather than stimulate the brain independently, caffeine encourages the brain’s natural stimulants to engage in hyperactivity. Essentially, caffeine both revs the engine, while cutting the brake line. Feeling the effects of caffeine can last up to six hours. With regular caffeine consumption, the effects lessen over time because the brain changes. Needing more caffeine to achieve similar or greater effect than the last dose is the beginning of caffeine addiction. Eventually, so much caffeine is being consumed at a time, that the brain experiences withdrawal when caffeine is not present in the system.

Withdrawal from caffeine lasts up to two weeks, and varies per person. Cravings will be an absolute force in caffeine withdrawal, which is what indicates it is indeed an addictive substance.