Recently, Canada has experienced the spread of the fatal opioid epidemic as the synthetic opioid fentanyl continues to take lives. Synthetic drugs seem to be the drug of choice type for Canadians. In parts of Canada like Ontario, use of crystal meth is rising. Crystal meth, or methamphetamine, is a synthetic substance “cooked” using a variety of chemicals and chemical compounds. The volatile substance is highly addictive due to its powerful nature. Synthetic stimulant drugs like methamphetamines are central nervous system drugs. Faster and more potent than other drugs, central nervous system drugs are easy to get addicted to. 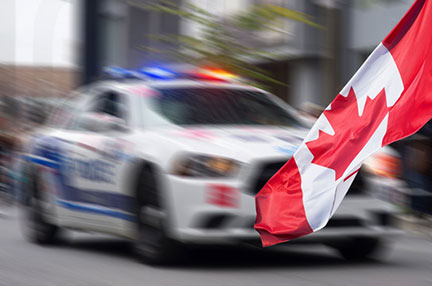 In November of 2016, Detective Staff Sergeant Chad Cuthbert of OPP’s Organized Crime Enforcement Bureau spoke to CBCnews.ca. Sergeant Cuthbert explained that crystal meth “has been a growing drug across the province and the national for several years.” He elaborates that now the drug is reaching Ontario and causing a quickly spreading epidemic of addiction. “People have tried it, and one use, and you can be addicted to it.”

It is actually a myth that you can become addicted to crystal meth, as far as addiction is defined by chemical dependency. Becoming chemically dependent upon any substance is rare to occur with just one try. However, crystal meth can create an immediate tolerance. On a second try, it is likely someone will need more crystal meth to achieve the previous effect or greater. Because the drug is so powerful as a synthetic, the dopamine it produces to create euphoria surges higher than other drugs. As a result, the cycle of tolerance and dependency is advanced.

At this time, the OPP has not discovered any meth labs, but are prepared to investigate and dismantle once they are made aware. In the meantime, they hope to spread awareness about how addictive the drug is.

Aurora Recovery Centre serves the Manitoba area and all of Canada as a drug addiction treatment center offering quality care to heal mind, body, and spirit. Our program is designed to help show you or a loved one how to live again without being dependent upon drugs like crystal meth. For more information, call 844-515-STOP.