About one million Canadians live with a mental health-related disability including anxiety, depression, bipolar disorder, anorexia, and substance abuse which dramatically affects their quality of life.

According to the 2014 General Social Survey on Canadians’ Safety (GSS), 10 percent of people living with a mental health-related disability reported having been a victim of violence that year.

Mental illness can develop victimization and increases vulnerability to victimization. Symptoms consistent with post-traumatic stress disorder are common for people living with a mental health illness.

According to GSS, among all the victims of violent victimization, 14 percent said they had three or more PTSD-related symptoms as a result of their experiences. 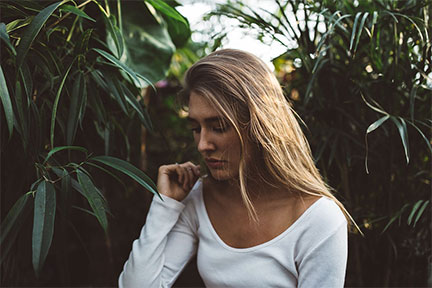 Many people with mental health related disabilities experience with spousal violence as well. Physical and sexual violence in a relationship brings on long-term and life-altering consequences for victims.

One in eight men and women with a disability related to mental health experienced spousal violence. Emotional abuse and financial abuse in spousal relationships were common, according to GSS.

Substance Use Increases Victimization and Crime

Addiction and substance abuse are linked risk of violent victimization in Canada. Drug use increases the odds of being a victim of a violent crime more than any other factor.

The relations between mental health, substance use, and violent victimization is complex but it can contribute to people becoming homeless, socially isolated, have lower income and a lack of employment.

The GSS states that in 2013, over 256,000 Canadians reported they met police because of problems with their emotions, mental health or substance abuse.

The survey also suggests that  there is an “underrepresentation of the criminalization of individuals with mental health‑related disabilities: for instance, federal corrections services data suggest that an estimated 70 percent of males being admitted into federal custody and 79 percent of in‑custody adult female federally‑sentenced offenders met criteria for at least one mental disorder.”

There are many ways someone develops an addiction or experiences mental health issues. One factor is child abuse. People who have a history of childhood physical or sexual abuse often turn to substance abuse or develop mental health conditions due to a lack of coping mechanisms, stigma, shame, and fear.

A history of child abuse has a strong association with violent victimization in later life.

The GSS reported that half of the people surveyed reported physical or sexual abuse as a child and a quarter were homeless. Forty-four percent of them turned to binge drinking and 15 percent had serious substance abuse tendencies.

Overall, rates of violence in adulthood are higher among those who’s been physically and/or sexually abused as children. As an adult, these victims become more prone to substance abuse and are more vulnerable.

Having a mental health disability causes people to have a greater risk of violent victimization and other vulnerable situations such as homelessness and addictions.

If you or a loved one have experienced violence, you are a victim. You need to start to heal from the trauma and break the stigma.

For help, call us today.