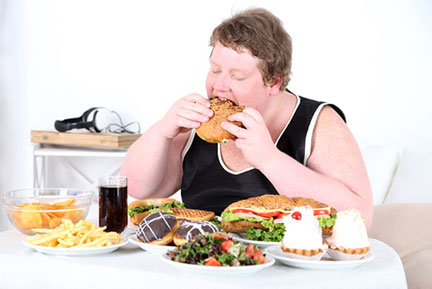 Food can be a friend. Comforting, satisfying, and always available, food is a friend that doesn’t talk back, doesn’t judge, doesn’t criticize, and is always giving. Loneliness and feelings of isolation or desperation can lead someone to turn to food for the first time. After making the neural connection between comfort, or pleasure, and food, they are more likely to turn to food again and again each time they experience feelings of loneliness.

Abusing food consumption in large quantities can be attached to shame, as is similar with most eating disorders. Eating food to the point of feeling stuffed and disgusted is, in one form, self-sabotage and self-punishment. Feelings of shame can arise from hundreds of different sources. A compulsive need to create more shame out of feelings of shame is often what drives the vicious cycle of binge eating disorder.

Summarily, either of the above emotional drives for binge eating is an effort to cope. Addicts and alcoholics, for example, use drugs and alcohol to cope with trauma, co-occurring mental health disorders, a general inability to deal with life on life’s terms.

We believe in your ability to recover from binge eating disorder. Let Aurora be the light on your pathway to healing. Call us today to find out how our programs can lead you to a new way of life. 844-515-STOP.