Cocaine once ruled the world. Considered a glamour drug in the seventies and eighties, cocaine was wildly popular. As the major cocaine addicts of those decades started getting sober in the nineties and early millennium, other drugs became the main focus of concern. Drugs like heroin, opiate painkillers, and ecstasy started taking over the headlines. Pushed out of the spotlight, the topic of cocaine turned from celebrity to average joe. 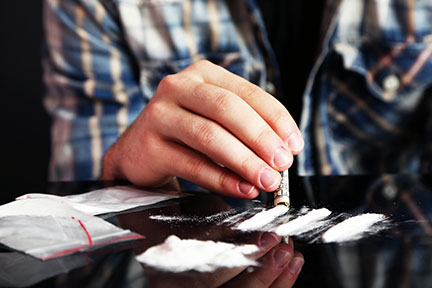 Cocaine isn’t responsible for anywhere near the amount of deaths heroin is, making it far less scandalous. While cocaine caused overdose every once in awhile, heroin is causing overdose every day- up to 30,000 people annually. However, cocaine is no less dangerous than it used to be. Cocaine overdose is a possibility at any moment when using cocaine. Whether it is the first hit or the five hundredth hit, cocaine can stop the heart at any time. Yet, young people especially view cocaine as a harmless luxury and party drug.

Cocaine may seem the lesser of two evils next to heroin, but the threat of death is still incredibly real. While heroin addiction can be treated with methadone or suboxone, cocaine currently has no pharmaceutical opposite. Putting a recovering cocaine addict on a medication like methadone can cause a new addiction entirely, or a dependence on opioid substances. In the event of an overdose on cocaine, there are no drugs like heroin’s naloxone. Naloxone is a overdose reversal drug.

Reduction in cocaine addiction has a few root causes. First, cocaine has never been an economic drug of choice. Expensive with a short-lived high, drug buyers are drawn to heroin which is cheap with a longer lasting high. Additionally, efforts on the part of global governments have inhibited the production of cocaine internationally, damaging the supply chain.

Cocaine addiction is still a real and relevant drug problem.