Home » Resource Centre » What Are Some Common Co-Occurring Disorders With Substance Abuse?

Aurora Recovery Center is a certified facility for treating both addiction and substance abuse with co-occurring mental health disorders. A majority of people diagnosed with substance use disorder, or addiction, have a co-occurring mental illness. There is critical importance in being diagnosed and treated for both substance abuse and mental illness- treating one without the other is essentially like giving a pain reliever to someone with a broken leg, without fitting a cast. 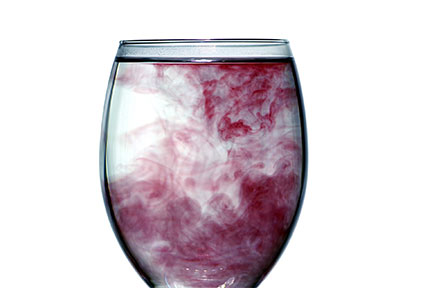 While some of the symptoms may be taken care of, underlying root causes will go untreated. Naturally, one cannot walk on a broken leg. Treating co-occurring disorders gives addicts in recovery their best chance at lifelong sobriety.

Alcohol is a depressant substance that can make people feel out of control, out of self, and experience euphoria. Called a social lubricant, alcohol tends to give people “liquid courage” and changes the way people perceive themselves. Many use alcohol as a way to be someone they aren’t. Oftentimes, they are trying to escape who they are in their mind. If someone with a mental illness has gone undiagnosed or untreated, they may not know how to cope with what happens in their brains. Once they find the relief of alcohol, they cling to it very tightly. As a result, personality disorders are some of the most common co-occurring disorders with alcoholism, including: schizophrenia, anti-social personality disorder, bipolar disorder, and mania. People with depression also tend to drink as it feeds the cycle of their depression.

Cocaine is a stimulant amphetamine. Opposite to alcohol, cocaine makes people feel a heightened sense of awareness, energy, and even a false sense of power. A central nervous system drug, cocaine hits the brain both quickly and powerfully. Similar to the irony that someone with depression might choose a depressant like alcohol, people who have hyperactive brains might choose a drug like cocaine. Cocaine, in a perceived way, can make people feel more in control of their hyperactivity. Commonly, anxiety disorders, panic disorders, and attention deficit hyperactivity disorders are co-occurring with cocaine. Cocaine as a stimulant also leads to weight loss, making it a common substance of choice for those suffering from eating disorders as well as addiction.

Most opioid and heroin addiction begins with a prescription for narcotic opiate pain relievers. Though chronic pain is diagnosable, it is not considered a mental disorder. People who suffer from depression or post traumatic stress disorder are most likely to abuse opioids. Depression and trauma cause emotional pain which, without proper coping mechanisms, can be too much to bear. Opioids are natural analgesics which slow the heart and numb pain. For people who feel too much, the allure of not feeling anything becomes highly desirable.