Binges and purges can be caused by episodic abuse of substances. Alcohol and marijuana, for example, are known for creating sensations of having a “bottomless pit” in the stomach. Commonly called “the munchies”, these substances create a need for hunger. 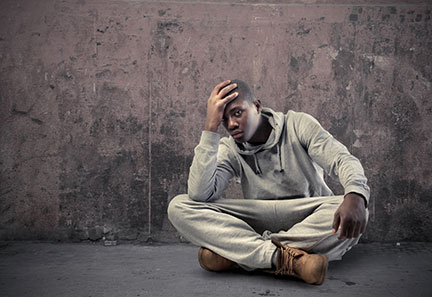 Consuming large quantities in alcohol usually creates a need for food in an effort to absorb liquid alcohol and help the body metabolize. Typically, while under the influence, it is difficult to make decisions about food based on nutritious value. Marijuana users are renown for their creative food desires. Alcoholics usually yearn for foods which are heavy in saturated fats and complex carbohydrates. In periods without alcohol, there is a strong craving for sugar to replace the sugars created by alcohol.

Other drugs contribute to overeating through more spread out episodes. For example, stimulant drugs like methamphetamines, amphetamines, and synthetics suppress the appetite. Additionally, these drugs can cause a person to stay awake for days on end– sometimes over a week. Stimulant drug abusers can sustain long periods of time without eating, which is why their symptoms are often characterized by rapid and dramatic weight loss. In a rebound effect, periods without the presence of stimulant drugs can result in overeating and weight gain.

Using substances which alter the natural cycle of hunger and eating can result in habits involving restricting and purging. News of dangerous trends like ‘drunkorexia’ exemplify this harmful mindset. In an effort to evade consuming too many calories, people restrict their diets before drinking. Then, after consuming too much alcohol, they purge the liquid calories. Often, the next day is followed by a binging episode, only to be followed by more purging or restricting.

The Effect of Eating Disorders

Malnutrition is a common accompaniment to substance abuse. Resulting from poor habits developed out of substance abuse, addicts and alcoholics struggle to regain healthy eating. Coming into treatment they are vitamin and mineral deficient and either severely overweight or underweight. Poor nutrition can create a myriad of health problems including diabetes, cancer, and heart disease.

Aurora Recovery Center offers nutritional planning and training as part of a comprehensive approach to addiction treatment. Our programs for men and women are focused on rebuilding a life through positive and healthy choices. For more information on our programs call 1844-515-STOP.