People often think that eating clean and exercising regularly are enough to maintain good health. But it’s not that simple. In fact, good health is incredibly complex. There are many small daily habits you may need to change to live a longer, focused and fulfilling life.

These six simple life changes are critical to making big improvements to your health. 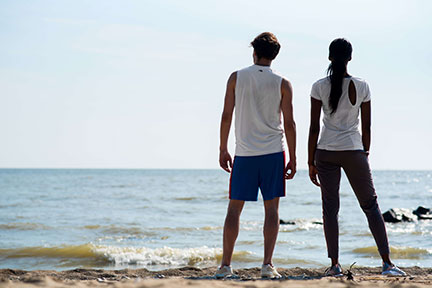 Everyone’s body is different in terms of what kind of food they need to maintain a balanced diet. In an age where extreme diets are becoming more normal, it’s sometimes difficult to find that balance as well.

A poor diet can cause a myriad of health problems. Cutting back on sugar assists with making sure you get a nutritious diet. Less sugar will help you boost your intake of veggies and fruits, meat and other protein which will give you a better immune system, glowing skin and better sleep.

Get More Sleep Every Night

Skimping on sleep is no joke. If you are skipping just an hour a night, your risk of cancer goes up by 23 percent. On average, people need to sleep about seven to nine hours a night. Getting enough quality sleep helps maintain your mental and physical health.

Sleep is crucial for your brain function too. It affects how well you learn, work, think, react, and even get along with others.

Forgive yourself for a bad day

Even when you try your hardest to stick to your healthy habits, you will have the occasional setback. You may also just have a bad day. Whether you feel under the weather, missed a work out, or you had a cheat day with food, you can’t assume the worst.

Instead, do your best throughout the day. Forgive yourself for a minor slip up and get back to your usual healthy routine.

You must understand that one day off won’t compromise all your hard work and that a small setback doesn’t have to derail everything you have or want to achieve.

It may taste like nothing but drinking water does wonders for people’s bodies. Drinking about eight to 10 glasses of water a day leads to more energy, better skin and assists with weight loss.

Staying hydrated also increases brain power, flushes out toxins, and boosts your immune system. Another benefit of some H20 is that it prevents headaches and injuries such as cramps and sprains, which happen often while people are exercising.

Stand When You Can

In recent years studies have pointed out the health risks of sitting, which happens to many of us too often.

For example, a study by the American Cancer Society found a woman who spent at least six hours of her free time sitting have a 10 percent greater risk of developing cancer compared to a woman who spends less than three hours of their free time sitting. Another study showed that people who sat for 11 hours a day were at a higher risk of dying from cardiovascular disease.

Now, you may think going to the gym will curb these statistics but moving frequently throughout the day is most important. Try doing some stretches, going for walks around the office, and stand throughout the day.

As you adopt these steps and strive to maintain good health, remember that this not for a short term. Remember that a healthy lifestyle is key for your life in the long run.

Eat Healthy for Under $65 a Week

The Link Between Addictive Behaviour and Poor Diet