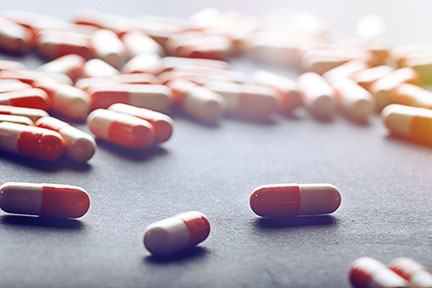 The Dangers of Synthetic Drugs

Fentanyl is a synthetic drug making headlines and bringing a spotlight to the issue. Today, Fentanyl is being found in pills not meant to be Fentanyl. Xanax and Norco, benzodiazepine and opiate respectively, are being sold with high traces of fatal Fentanyl. Sometimes Fentanyl is disguised as a “super pill”.

Authorities have predicted that more than 400 new synthetic substances have been introduced over the last few years. Evading law enforcement requires drug manufacturers to adjust the formula behind synthetic psychoactives on a daily basis. Not only does this make tracking the dealers and manufacturers hard, but what to look for in people using the drugs. Synthetic drugs like methamphetamines are known to be made of chemical products. Battery acid, liquid drain cleaner, antifreeze, detergent, nail polish remover, and more are common ingredients. Common synthetic drugs such as K-2, synthetic marijuana, are seeing upgrades all the time.

Synthetic drugs like W-18 and U-47700, along with K-2 and popular bathsalts are being sold through social media. Platforms like Instagram are widely unregulated, but widely used by young people. Packaged to look like household items, parents are unsuspecting until their child has a mental breakdown.

Key signs of synthetic drugs include heightened arousal, paranoia, and psychosis. Surging heart rates can lead to inhuman strength. Some synthetic drugs can leave a high that lasts for days.

Recovery from synthetic drug abuse and addiction will require a highly supervised detox period. If you are concerned you or a loved one may be abusing synthetic drugs call Aurora Recovery Center today.