Canada did not legalize heroin, despite rampant rumors. Canada did legalize a medical treatment of heroin that uses heroin’s active ingredient, diacetylmorphine. Health Canada has created a Special Access Programme to which a physician can apply in order to treat heroin addiction. However, there are special requirements. Not any doctor can just send in a request for the heroin based medication to treat heroin addiction. 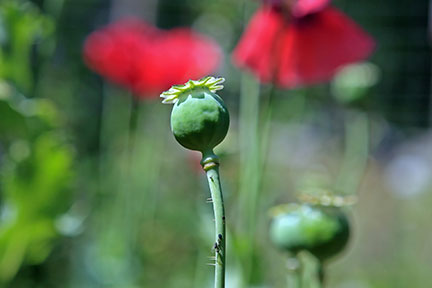 Regulations in the process will prevent doctors from becoming prescription farms, meaning that doctors cannot make money from just writing a prescription for medication. Instead, doctors have to prove that they have tried other methods until finding that such methods do not work in preventing continuing heroin use. Many people see medication assisted treatment using substitution drug therapy as a replacement for heroin. It is true that people become dependent upon such drugs. However, traditional suboxone or methadone is different from diacetylmorphine.

There are benefits to the use of medication assisted treatment. First, using medication to taper someone off of heroin can reduce the severity of withdrawal symptoms. The detox and withdrawal period for heroin addiction is more severe than with any other drug. Some describe it as the worst flu they have ever had, combined with psychological craving. Relapse is at its highest risk during the withdrawal period. Though the medication approved by Health Canada has heroin’s active ingredient in it, it can be taken out of a treatment plan entirely overtime.

Second, the result of a lowered relapse rate means a higher success rate in long term sobriety. Relapse can last from one day to ten years. Medication assisted treatment has high numbers of success for keeping people off of heroin. However, many feel that continuing to take medication which has mind altering ingredients is not true recovery or abstinence from heroin. Many others argue that compared to the risk of overdose, sharing intravenous needles, and the countless other risks of use, medication assisted treatment is acceptable.

Third, reducing the number of relapses and overdoses directly translates to lives. For each person that staves off heroin use due to prescription medication, a life is being saved. People who can recover from heroin addiction are able to share their messages of hope and encourage active addicts to seek treatment.