The difference is inherent in the context behind the specifics of the name. Multiple personalities implicates that one has many branches and twigs growing off from their one original personality. Commonly, people with Dissociative Identity issues do not have a combination of fully formed identities between which they can alternate, although, some do experience this. Instead, they mostly deal with numerous fragments of themselves, missing any kind of cohesion. Interestingly, the identities maintain no recollection of each other’s existence. When one comes and goes, they will not remember the actions of whomever appeared last. This is the distinguishing trait listed by the DSM, the Diagnostic and Statistical Manual used for diagnosing mental illness. 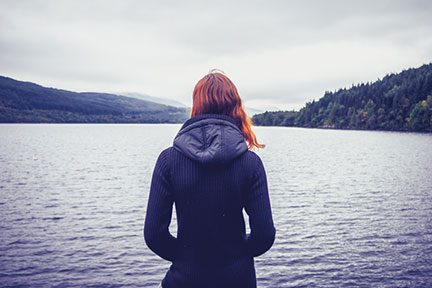 The DSM outlines these requirements for a diagnosis of DID (dissociative identity disorder):

“Switching” is the term many people living with DID use to describe the process of being taken over by another personality. “Alters” is the term assigned to the various personalities that are created. There is an “original” version of the self, who for many, is difficult to find. Different personalities take on different roles, which may take time to uncover. For example, there may be a protector, and another personality who is a rebel. Finding the original is a challenge for DID individuals and their treatment providers, should they have one. Loss of original identity is part of the cause of DID.

DID is caused by an identity that has been fractured as an emergency response. Severe trauma experienced in childhood, like physical and sexual abuse or war and uncontrollable natural disasters, can cause the original identity to split from itself and dissociate. Unable to cope with the traumatic stress, the personality essentially creates others to carry the load.

Treatment for DID is not focused on “getting rid” of the other identities, but working to identify the trauma which created them in the first place. Seeing the utilitarian purpose of the personalities, therapists work to integrate each identity into daily life. Eventually, patients recognize the source of their trauma and the purpose of each identity. Recovering the ‘original’ may never happen.