Depression can be described through a lot of physical illustrations. Feelings of being weighed down, broken hearted, being punched all over, and more are ways people paint the portrait of depression. Are these manifestations or drama? The painful sensations experienced by people suffering depression are not fictitious. Depression causes physical pain. 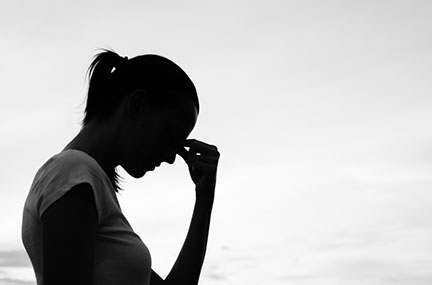 Mental illnesses tend to exist in the brain; at least, that is how they are perceived. However, commonly neglected is the fact that the brain controls much more than emotions and behaviors. The brain is responsible for directing nerves, perceiving pain, and communicating with the muscles. More like a virus than a mental illness, depression works within the entire body. Systemic is the term used for diseases that affect the whole body rather than a singular organ or part. It just so happens that the brain is an organ. By impacting the brain, depression impacts everything.

For the first time, research has been devoted to understanding the physical symptoms of depression. Researchers from the University of Granada looked at how people with depression physically reacted to varying factors of stress.

The research revealed that when under stress, the body becomes imbalanced in certain cell types. Oxidative Stress is the upset in the body when free radical and antioxidant cells are imbalanced. After receiving treatment, people with depression showed a significant reduction in malondialdehyde, a strong indicator of oxidative stress. Results between people with depression and people without depression were hard to tell apart. Even levels of important minerals like zinc, which are known to fall under oxidative stress, returned to normalized levels.

Receiving scientific validation from the research community is always a guarantee that symptomology of an illness will be more carefully considered. Seeing depression as a systemic disease rather than ‘just’ a mental illness could aid the battle against shame and stigma. Discounting the somatization of depression, when physical pain is quite valid, is detrimental. Other research has shown that emotional pain and physical pain are processed in astoundingly similar ways on a neurological level.

Common physical symptoms of depression include: