Opioids are a class of powerful, addictive drugs that are typically medically prescribed for patients with chronic pain. The class includes illegal drugs like heroin and synthetic opioids like fentanyl. The class is also predominantly made up of pain relievers that are legally available by prescription, such as oxycodone (OxyContin), hydrocodone (Vicodin), codeine, morphine and others.
When a person abuses opioids, they may experience feelings of intense pleasure and euphoria or, quite easily, an overdose. The drug naloxone is capable of counteracting and reversing symptoms of opioid overdose. 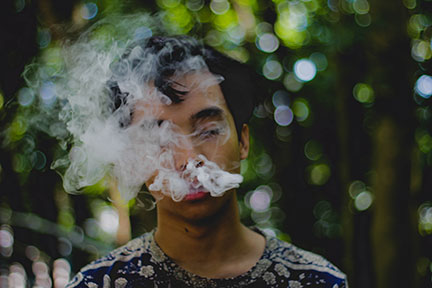 Tolerance develops quickly to the euphoric effects of opioids, causing the user to use increasing amounts of the substance to achieve the same high. Withdrawal from opioid drugs is accompanied by very unpleasant symptoms, such as strong cravings, sweating, muscle aches and insomnia.

Cannabis (marijuana, pot, weed) is a psychoactive drug derived from the Cannabis plant intended for medical or recreational use. The three main forms of cannabis are marijuana, hashish and hash oil.

Cannabis is usually smoked in hand-rolled cigarettes (known as ‘joints’) or in water pipes (‘bongs’).
Although cannabis is not a technically addictive substance, its users can still become dependent on its high. Cannabis high causes feelings of mild euphoria, relaxation and drowsiness. People who use cannabis regularly may start to choose using the drug over life’s other more productive activities, which is characteristic behaviour of a chemically dependent person.
In the long term, cannabis use can cause:

Stimulants, also known as “uppers” are a class of drugs that temporarily increase alertness and energy. Stimulants speed up the central nervous system and act like adrenaline, a hormone that is one of the body’s natural stimulants. Drugs with stimulant effects include amphetamines, cocaine, ecstasy, caffeine and others. The most commonly abused stimulant drugs are cocaine and amphetamines.

Hallucinogens are a diverse group of drugs that alter perception, thoughts, and feelings. They cause hallucinations, or sensations and images that seem real, though they are not. Some hallucinogens also cause users to feel out of control or disconnected from their body and environment. Hallucinogenic drugs include:

People use hallucinogens in a variety of ways, including smoking, snorting, and absorbing through the lining in the mouth.
Hallucinogens interfere with actions of brain chemicals responsible for functions that include mood, sensory perception, sleep, body temperature, muscle control, pain perception and memory.
In the long-term, hallucinogens may not be technically addictive as other drugs can be, but they can be detrimental in the same way as any other mind-altering substance. For example, LSD is not considered an addictive drug because its users don’t experience symptoms of withdrawal. However, users can develop tolerance to LSD, so some regular users must take higher doses to achieve the same high. This is a dangerous practice, given the instability of the drug.
On the other hand, PCP is a hallucinogen that can be addictive. People who stop repeated use of PCP experience cravings for the drug, headaches and sweating as common withdrawal symptoms.