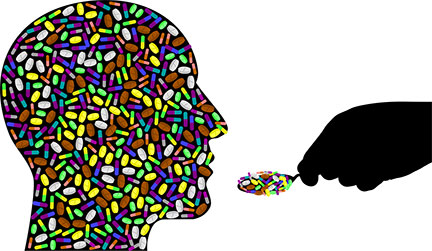 Popular brand names of prescription painkillers include: Oxycodone, Oxycontin, Hydrocodone, Percocet, and Zohydro. There are synthetic versions of opioid painkillers which were developed for people who have a natural resistance to ingest opioids. Fentanyl is a widely prescribed synthetic opioid painkiller. Codeine is a prescription ingredient used as part of painkiller pills, but more commonly for cough medicines. Codeine is a strong opioid drug that can lead to addiction.

Heroin is the street version drug for opioids. Though it is rarely found to be pure, heroin also derives from the opium plant. On the street, heroin can be “cut” or made with varying ingredients which makes it a dangerous drug.

Opioids Naturally Occur in the Brain

Opioid Addiction is Common and Fatal

It starts with a surgery or an accident inspiring a doctor to write a prescription for treating pain. That prescription is usually a narcotic opioid painkiller which rapidly causes dependency. Opioid dependency occurs because the drugs do not treat pain as long as they are advertised to. When the drug wears off and the pain returns it is often unbearable. That is because the brain is becoming dependent on the opioid drug to help produce pain relief. Without the drug, the pain seems worse than it might be. The cycle is relentless and unending. Out of desperation a patient will take more than they are supposed to, which just increases the cycle. Eventually, painkillers become expensive. Needing the same effect as pills, patients turn to heroin found on the street. While the dosage of prescription painkillers is reliable, street heroin is not. Any dose can lead to an overdose, which is often fatal.