Science hasn’t decided what comes first in the addiction process: the addiction or the substance/behavior. Millions of people experience equal amounts of both. Catching the deeper psychological and physical signs of addiction can take time, and that means their addiction has grown worse in the meantime. Behavioral signs can be tricky to reprimand, but easy to take note of. Keep an eye open for these behavioral changes surrounding substance use or other activities. If you are concerned, please call Aurora today. 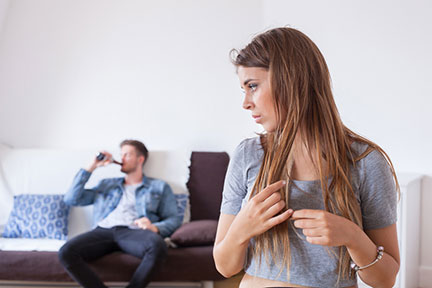 Your child or loved one got caught drinking and lost rights to their car. Though drinking at that level led them to trouble, they go out the next night and get drunk again. This time, they get cited for public intoxication. So, they decide to stay at a house party instead. In a blackout, they fall down the stairs and break a leg. Lists of consequences legal, emotional, physical, financial, and more can go on. Regardless of the trouble that follows using, they use again.

By keeping it a secret…

In an effort to hide their addiction, they do things to prove your suspicions wrong. For example, they’ll choose not to drink at dinner or when you go out to the bar. They might say they can drink without getting drunk. However…

…their secret is becoming obvious

Two things will start to happen when they try to reduce their using after they have been doing it consistently for some time. First, they will notice that their tolerance has increased. Drink after drink will be ordered because, they’re not drunk yet. Second, as the longer they avoid alcohol, the more symptoms of withdrawal they are suffering. Shakes, cravings, sweats, irritability and restlessness are common symptoms of withdrawal from alcohol.

They argue against your concerns

When you reach out to them with your care and concern, they react wildly against your accusations. Even with the most tender of conversation, they argue against you.