Opioid Action Plan 2017. Health Minister Jane Philpott and other officials have created the plan to combat the opioid epidemic spreading across Canada as what she described to be a “virus”. Fatal addiction to opioids has become a global epidemic, not excluding Canada. Canadians have felt the effects of opioid addict, with as recent as 9 overdose deaths in Vancouver. 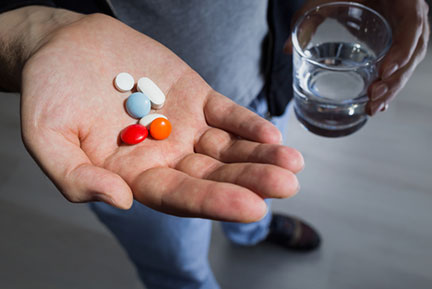 There has been an ongoing opioid problem for the last 20 years. With the recent introduction of Fentanyl and other synthetic opiates, however, the problem has become a crisis. That crisis has become a fatal one, claiming the lives of thousands of Canadians. According to CBC news, Philpott assigns blame to the pharmaceutical companies prescribing opioid medications for chronic pain between the late 1990’s and the mid-2000’s. Companies like Purdue Pharma were convincing doctors, interns, medical students, and other health practitioners that using their token medication Oxycontin as a prescription for chronic pain was not going to be addictive. Thousands became addicted.

“In 2012, Purdue Pharma replaced its OxyContin pills in Canada,” the article explains, “with a different formula approved by Health Canada.” The new formula “was supposed to make the tablets more difficult to abuse by crushing, injecting snorting.” Unfortunately, the limited availability and changed formula didn’t help the already addicted. Additionally, trying to wean people off of the OxyContin and other opioid pills they were addicted to seemed impossible.

Opioids are notorious for creating a strong chemical dependency which makes withdrawal so unbearable, patients are more willing to stay dependent upon the drug than to suffer detoxing. A bad addiction to opioid drugs can be expensive. Prescription opioids are costly, even with insurance. When patients can no longer afford prescription opiates, they turn to what they can find on the street. Until recently, heroin alone had been a cause for concern for pill addicts turning to other drugs. With the recent introduction of Fentanyl, the concern regarding heroin has worsened.

Fentanyl is a synthetic opiate prescribed to chronic pain patients who cannot metabolize normal morphine based medications. As a result, Fentanyl substances can be up to 100 times more potent than morphine. Fentanyl can be purchased alone as a synthetic drug. Most often, it is found cut into heroin or other drugs. The actual chemical substance of Fentanyl can be practically invisible and difficult to detect. There’s no way for someone to know if the bag of heroin they are buying is laced with Fentanyl or not. Consequently, many are dying of overdose.

Aurora Recovery Centre specializes in the treatment of opioid addiction to pills, heroin, and fentanyl. We offer medication assisted treatment and various levels of treatment including residential inpatient. Together, we can heal those affected by opioid addiction and stop the war on opioid addiction, one person at a time. For more information, call 844-515-STOP.