Flakka is a synthetic drug causing nightmarish problems for addicts and the public alike. A close relative to crystal methamphetamine, also known as meth, Flakka is a wildly dangerous drug. 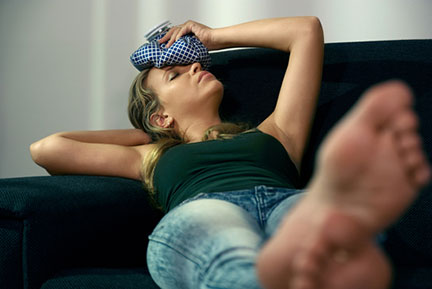 Flakka is a synthetic cathinone. An amphetamine, as well as a methamphetamine, Flakka is a psychoactive hallucinogenic with severe side effects. Flakka is made out of numerous synthetic compounds, the formula for which is always changing. Drug traffickers, dealers, and manufacturers do their best to stay ahead of law enforcement agencies. To do so, they regularly change the specific set of chemicals they use to create Flakka. As a result, the side effects, intensity, potency, and deadliness of the drug is constantly changing. Primarily, however, Flakka is made of a substance called PVP, an old chemical compound. Flakka is found in pink or white, as a crystallized material.

How Is Flakka Used?

What Are The Side Effects Of Flakka?

Synthetic amphetamines and methamphetamines are central nervous system drugs, meaning they influence the brain and body more quickly and powerfully than other drugs. As powerful as crystal meth or strong cocaine, Flakka has an impactful effect. Euphoria is strong when this drug hits, however, the high is short lived and the come down is intolerable. Due to Flakka’s cheap price, because it is a synthetic, users are able to obtain and use more quite quickly.

Flakka drastically increases the heart rate and body temperature. High body temperatures of over 100 degrees could lead to severe physical consequences including damage to the kidneys and death. Synthetic drugs like Flakka are known to cause heart attack, heart failure, or stroke.

Recovery from Flakka addiction is a timely matter before the dangerous drug claims a loved one’s life. Detox is usually required, followed by a detailed and individualized step down program. Rehabilitation from synthetic drugs takes time and careful treatment. Aurora Treatment Center provides medical detox and a step down program leading members all the way to sober living as they integrate into a new life. For more information, call us today at 844-515-STOP.