Though heroin and opioid abuse is finally on the decline after increasing for many years, it still poses a serious threat.

Heroin is a street level opioid drug made from the opium poppy plant. Opioid drugs also include prescription narcotic painkillers which are made of morphine. Morphine is what the body naturally produces when it digests heroin. Most heroin found on the street is not pure. Problematically, it is cut with other drugs, medications or chemical substances. Pure heroin is expensive to make and risky to import for manufacturers. Instead, they look to opioid like substances. Recently, heroin has been found cut with synthetic opioid drugs like Fentanyl and Carfentanil. Heroin is commonly referred to as “black tar” or “white china”. Heroin is typically sold in powder form that is a yellowish color. It can come in small baggies or larger quantities. 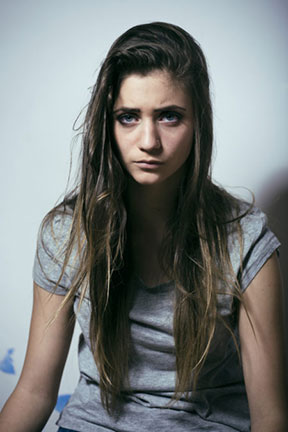 How Is Heroin Abused

Heroin can be smoked, injected, snorted, and taken orally. Oral consumption of heroin is uncommon since opioid painkillers are usually taken orally to get a similar opioid high. Heroin is typically smoked or used intravenously via injection. Both methods help the drug reach the bloodstream faster. Heroin addicts tend to feel that smoking heroin is less harmful than injecting heroin. Though both methods can lead to addiction, most overdose deaths due to heroin are caused by intravenous use.

Why Do People Abuse Heroin?

Most heroin addicts do not start as heroin addicts. Heroin is considered a relatively hardcore drug at the bottom of the ladder for recreational experimentation. People turn to heroin on the street after their addiction to prescription painkillers becomes too expensive to maintain. Heroin is considerably cheaper than prescription pills but delivers a similar opioid high.

What Are The Warning Signs and Symptoms Of Heroin Abuse?

Heroin can cause a rapid loss in weight, pigmentation of skin, and consistency. Generally, someone who is abusing heroin will suddenly begin to look unwell. Their eyes will sink in and their jawlines will hollow. One way to tell if someone has been abusing heroin or might be under the influence of heroin is to check their pupils. Opioids constrict the pupil to a pinpoint size.

Other signs can include:

If you or a loved one are concerned about an addiction to heroin, help is possible before it’s too late. Aurora Recovery Centre offers medically assisted detox and a multiphase program to support you through every step of recovery. For more information, call 844-515-STOP.