Depression impacts different people in different ways. While some signs of depression are quite obvious, others are different. Understanding the various characterizations of depression can mean providing help to yourself or a loved one before drastic symptoms take hold. 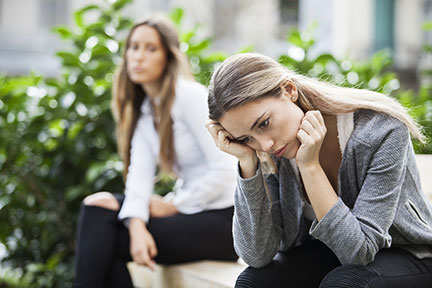 People who are depressed are feeling uncomfortably numb. To many people, an opportunity to feel nothing would be warmly welcomed. For someone suffering depression, however, the inability to feel is more burdensome than relieving. As a result, depressed people might go to extreme to feel, anything. Typically, they seek out extreme behaviors that will give them a rush of dopamine, the pleasure neuron in the brain. Adrenaline, euphoria, endorphins…things that help get a burst of energy will quickly become points of obsession. Unfortunately, some of these behaviors can be risky and the effect is short-lived. If an individual is unaware of their depression, they might be confused to find that they return to feeling glum after their ‘high’ is over. Almost like an addiction, they’ll continue returning to the behavior, but will not be able to treat their depression.

Depression has been linked to a decrease in sexual interest and production of sexual hormones. One of the hidden sides of depression is the opposite- hyper-sexuality. Specifically, practicing promiscuity. Being in control of a sexual encounter can feel empowering and create a positive experience. For some, fleeting sexual experiences can be emotionally painful as they bring about feelings of rejection or abandonment. Depression can find temporary relief through brief sexual engagement by avoiding otherwise negative feelings.

Alcohol is a depressant. Binge drinking when one is depressed should make them feel worse, but it can help them avoid the negative thoughts in their minds. Whereas depression can sometimes be numbing, it can at other times provide unbearable emotional noise. Unable to cope with their emotions, people with depression seek out alcohol to shut down the pain.

Depression can be described as a cloudy haze that fogs the mind. Decision making, choices, and problem solving all can be affected by depression. Irritability is a response to feeling threatened. Emotional turmoil produced by depression is overwhelming. On edge from the inside out, any perceived threat triggers the body’s inherent survival response.