For those with an addiction, feeling like “you’re not yourself”, or, “that life is out of control” can be commonplace. The truth is, when we use or drink, drugs and alcohol take over the brain and control our emotions and behaviour.

When thinking about how addiction hijacks the brain, one key concept to understand is the way the brain uses sensitive chemicals called neurotransmitters, and how addiction affects them. 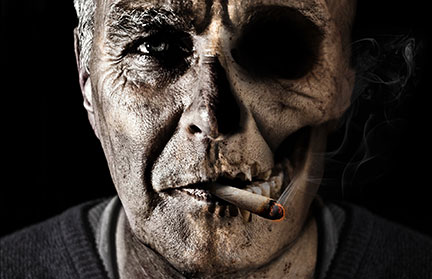 Here’s an example of the way neurotransmitters work, using everyday objects. When we take a cup of water and add in a scoop of coffee, we see the coffee diffuse through the water, turning it black.

Neurotransmitters work in a similar way, being released by the brain into the blood and causing certain reactions. But unlike the “big scoop of coffee”, the brain uses microscopic measurements. When we drink alcohol or use drugs, the brain is flooded with the wrong chemicals, at the wrong times. It wreaks havoc with our emotions, disrupts our memory, and even physical movement.

The “Big 4” brain chemicals that are helpful to understand are serotonin, dopamine, oxytocin and endorphins.

Serotonin helps us feel happy. When a person is experiencing depression, they may have low serotonin levels and be prescribed an antidepressant to increase serotonin. Much research indicates that serotonin is a key chemical involved in many kinds of emotional regulation. Drinking alcohol in excess can affect our serotonin levels, in return affecting both our ability to feel happy, as well as other behaviours.

Dopamine is an internal motivation and reward chemical. Without dopamine, a person would not do any structured activity, from brushing our teeth to applying for a job. When you complete everyday tasks, dopamine is released, as a “reward” for the activity. Stimulants like cocaine or amphetamines produce an “over the top” release of dopamine, dramatically altering our motivation and reward system. Because dopamine is a “rapid fire” brain chemical, released many times in the day, disruptions to this system can result in a long-lasting lack of interest in activities.

Oxytocin is the “bonding” brain chemical. It helps maintain a sense of intimacy between parent and child and also between adult lovers. When a baby receives skin to skin contact with their mother, oxytocin is released in both individuals.

The Psychology of Neurotransmitters

Understanding the important relationship between neurotransmitters and addiction is important to understand how we might behave when intoxicated or high. Our thoughts, feelings and behaviours are intricately linked to the release of these neurotransmitters. When we ingest drugs or alcohol the chemicals are disrupted in a way that makes it almost impossible to regulate ourselves as we would like to.

Bringing it all Together

When we use alcohol and drugs, the sensitive way in which the brain operates is disrupted. Alcohol and drugs cause the brain chemicals we have discussed to be released in abnormal ways. These sensitive systems often become “depleted” of their chemicals. This means that people can feel unable to experience happiness, motivation, love or warmth without using the drugs that stimulate those chemicals. The brain adjusts to this new system and begins to crave the alcohol and drugs- creating cycles of using and reusing.

It is only through allowing the brain to rebalance that we can take control of it again, and kick the hi-jacker out. Many people ask, “Will I ever feel normal again? How long does the brain take to recover?”. The encouraging news is that for most people, the brain is able to slowly recover over time and regulate its release of chemicals normally again. Through abstaining from drugs and alcohol, undergoing counselling and therapy, and living a healthy lifestyle, the brain is able to restore its functions