According to Health Canada, roughly 80% of Canadians drink alcohol regularly. The social acceptability of alcohol makes it a dangerous substance to become dependent on and a difficult one to abstain from. It’s not always easy to differentiate casual drinking from problem drinking, but here are some tips to help you determine where you stand with alcohol. 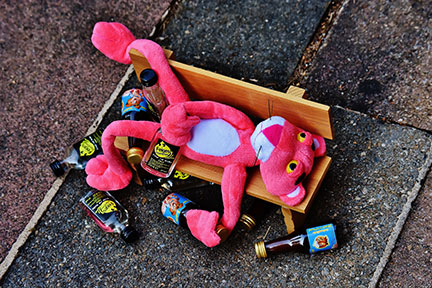 You may have a drinking problem if you:

Alcohol consumption can be categorized into four levels:

Heavy drinking is is when an individual drinks above the recommended level for safe alcohol consumption.

Drinking becomes a problem when the individual begins to experience difficulties in their life because of their alcohol intake, but they persist with the behavior.

An individual is alcohol dependent when they have developed a physical and/or psychological addiction to alcohol.

So… What does that mean for me?

If your drinking has become unmanageable, and if the problems from drinking continue to mount, you could be a problem drinker. In that case, the time has come to face the problem.

The term “problem drinker” refers to those individuals who are having difficulties in their life as a result of their alcohol consumption. In most cases, the term ‘problem drinking’ is used to refer to drinking behaviour that is problematic, but not necessarily addictive. There is also a stigma associated with the word alcoholism, and there are many individuals who prefer the term “problem drinking,” when referring to their difficulties with alcohol.

It is very possible to have a drinking problem that is not defined or described as alcoholism. Many people use alcohol to cope with stress but do not realize that drinking actually exacerbates the problems in their lives. There are techniques and therapies available to help you to decrease your dependence on alcohol and rediscover balance in your life.

Those who suffer from a mental health problem such as anxiety, depression, PTSD, or bipolar disorder are also particularly at risk of alcohol dependence, because alcohol is often used to self-medicate.

In the United States, both the Substance Abuse and Mental Health Services Administration (SAMHSA) and the National Institute on Drug Abuse (NIDA) recognize the importance of living holistically and taking one’s overall well being into consideration when in recovery.

If you’re ready to admit you have a drinking problem, you’ll need to identify the underlying problems or situations that led to your alcohol abuse. Those problems could be depression, an inability to manage stress, an unresolved trauma from your childhood or any number of mental health issues.  Such problems may become more prominent when you’re no longer using alcohol to cover them up. Reaching out for support is essential.

It all comes down to how alcohol affects you.  If your drinking is causing problems in your life, then you have a drinking problem.