Marijuana is supposed to be good for medical health. This is the main campaign for people who are pro legalization and medicalization of marijuana in different parts of the world. Various parts of marijuana like the CBD cannabinoid, is said to help with autism, ADHD, dementia, and even relieve symptoms of cancer. 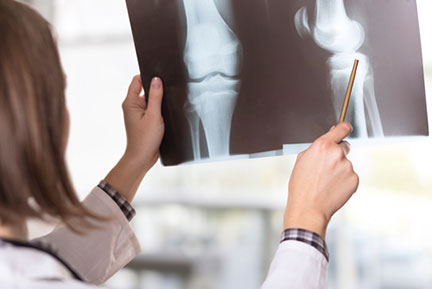 Recent research found that marijuana might cause some other problems not previously foreseen by doctors. Marijuana smokers have a weaker bone density than those who don’t smoke marijuana, the research found. In their surveys, people who regularly smoked marijuana were more susceptible to bone fractures and had a significantly reduced bone density. Overall, the researchers found, heavy use of cannabis might lead to thinner bones. Though the correlation was undeniably evident in the research, the causation was not. The research neither confirms nor denies that marijuana actually causes bone density problems. One link might be within BMI (body mass index) as researchers found that marijuana users had a lower BMI and low BMI has been known to cause thin bones.

Bone density problems are not the only issues or concerns for regular, heavy marijuana use. Other problems have been found with regular use of marijuana, which continue to pose an opposition to widespread use of marijuana.

Other Risks of Marijuana

Like with any substance, marijuana will not work positively with some people. Marijuana can negatively interact with many prescription medications including benzodiazepines which are prescribed for anxiety. Due to the fact that marijuana is touted for being a natural and less harmful substance, people commonly overlook that it is still a mind altering substance.

Experimentation with marijuana tends to start in the early to late teenage years. Despite some of the scientifically progressive uses for marijuana in the brain, numerous studies have found that recreational use of the plant at a young age slows (if not entirely halts) cognitive development. The prefrontal cortex receives most of the damage which can negatively affect someone’s emotional development as well as intellectual development.

Another major risk of marijuana use is psychosis. Psychosis, depression, anxiety, and paranoia are side effects of marijuana which can become permanent issues.

Marijuana use disorder is a diagnosable problem that impairs quality of life for millions of people. If you or a loved one are concerned about marijuana addiction, call Aurora Recovery Centre today. From detox to sober living, we provide comprehensive care at an individualized level.