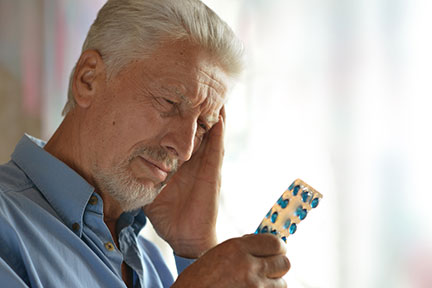 Baby Boomers were raised in a time when addiction and alcoholism were secretive disorders, and widely without treatment. The lively treatment industry that exists for mental illness today was not available when baby boomers were young. Doctors were always to be trusted. In the growth of television and commercial advertising, baby boomers were raised under the impression that there was a product to solve every problem. During the height of the baby boomer age, mothers were introduced to “mother’s helper” also known as Valium. Mother turned to pills, father likely turned to alcohol, and the child was given a variety of medications to treat every ailment. Now in their later lives, baby boomers are finding that turning to a pill or medicine for help is leading them into addiction.

Dependency on a medication can form without abusing it. Benzodiazepines, for example, are marketed to be non-dependency forming. However, they are one of the most challenging drugs to taper off and quit entirely. Tolerance may never be developed for these drugs, meaning that higher quantities of the drug will not be needed to achieve a similar or great effect. Depending on a regular dose of a medication means that without it, there are symptoms of withdrawal. Older, more weak, and unwilling to undergo the pains of detox, baby boomers find themselves stuck in a cycle of drug dependency.

Unfortunately for some baby boomers that leads to real substance abuse and addiction. For many baby boomers, they were in the peak of their twenties and younger years during the wildly drug induced sixties decade. Experimenting with drugs and alcohol was a common past time. Returning to old habits as they enter retirement, baby boomers are accounting for some of the highest percentages in alcohol related hospital admissions and overdose from prescription medications.