Addiction affects hundreds of millions of people worldwide. Every single day people are dying from the disease of addiction. On the other hand, every single day, people are making the decision to recover from addiction. Walk into any treatment center or recovery support meeting like Alcoholics Anonymous and hear tales of isolation, loneliness, and more. 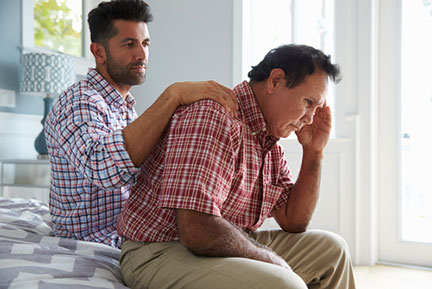 A vast majority of people who develop a chemical dependency on drugs and alcohol have experienced feeling less than, not a part of, different, alone, depressed, anxious, self-conscious and more. For many people, drugs and alcohol were a relief from the feeling that something was wrong with them. The substances soothed their insecurities and lowered their inhibitions. Alcohol is sometimes called a social lubricant. Drugs are often used by social crowds referred to as the “cool kids” or the “party kids” so they are more enticing to those who feel like they are of a less caliber in some way. Whether or not people come to drugs and alcohol by way of feelings of loneliness, many often find themselves feeling lonely by the end of their addiction. Having lost relationships, jobs, self-respect, and dignity, addiction and alcoholism can feel incredibly lonely.

That pervasive feeling of loneliness is what keeps millions of people from reaching out and asking for help when they need it most. Even in sobriety, during difficult times, people slip into their insecurities and neglect to find the support they know they need. This behavior is a curious phenomena among addicts and alcoholics especially considering how widespread recovery is.

Once someone enters recovery they start finding bits and pieces of themselves. One story after another from complete strangers touch on parts of themselves they didn’t think anyone else would understand. They hear their darkest secrets, their most secretive thoughts, and their most painful experiences. More and more they realize they aren’t alone in their struggles. As they reach out and meet new people they also learn they aren’t alone in recovery.

Comparing the recovery population to those who do not have a dependency on chemical substances makes the recovery world seem small. As small of a world as it might be, it’s one of the best to be in. You will never be without someone who understands the obsession of craving, the pain of relapse, and the desire to use. You’ll never be without a person who understands how important and monumental small achievements can be or how challenging it is to try and learn to live sober. You are never alone.

Aurora Recovery Center is proud of the community it provides to members seeking treatment for drug abuse problems and co-occurring mental health disorders. We encourage members to create a network of support through local recovery meetings and with each other while in treatment. For more information on our programs, call 844-515-STOP.