“Having had a spiritual awakening as a result of these steps, we tried to carry this message to alcoholics, and to practice these principles in all our affairs.” 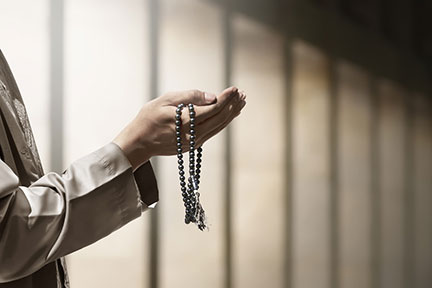 That is the text for the final step, step twelve, in the twelve step program of Alcoholics Anonymous. Bill Wilson, one of the founders of “AA” experienced a radical spiritual moment while he was hospitalized once again for his harmful drinking. From that moment one, he was struck sober, and within just a short amount of time, he began sharing that experience with others. Bringing others to spiritual awakening, he and his sobering peers witnessed miraculous changes. Alcoholics Anonymous was formed, based on spiritual principle. In the decades since AA’s foundation, millions of people around the world have read the text of AA, The Big Book of Alcoholics Anonymous and taken the path toward spiritual change. Though AA and spirituality does not work for every one person, it has certainly proven to be successful for many.

Shortly before Bill W.’s ‘spiritual awakening’ he was visited by an old drinking friend, Ebby. Confounded by his old friend’s ability to abstain from alcohol, he scoffed when Ebby famously said, “I got religion.” Doctors were amazed by the transformations they witnessed in some of their most hopeless patients. Before the development of neuroscience and biological understandings of alcoholism, the spiritual experience worked. Today, more than 90% of alcohol addiction treatment centers are founded on 12 step principles or similar ideals. The spiritual way of life becomes a revolutionizing force, changing one’s thoughts, actions, and behaviors.

Sometimes, however, newfound spirituality can go too far. Spiritual addiction can happen when someone ‘swaps’ their addiction to alcohol and other drugs for religion. If the spiritual experience was not satisfactory in the pleasure and relief it brings to the alcoholic, it would not be a tried and true practice for recovery. Spirituality and spiritual experiences do work, however, and they work well enough to change people’s lives. Inherently, that can present sensations of euphoria. Witnessing the internal acceptance of a “God of our understanding” as AA describes it, or any other spiritual promise is overwhelming. Many religious institutions dedicate their sermons to achieving these sort of sensations. One author explains that lighting, loud music, introductions to the sermon, and the sermons themselves can be emotionally manipulating. Rather than being present for spiritual change, the leaders are hoping for conversions and devotion. Such stimulus encourage the production of dopamine in the brain and inspire feelings of pleasure. Ramped up by universal, emotionally charged language, a recovering alcoholic can succumb to how much better religion makes them feel.

Religion is not to be considered a danger nor should it be excluded from one’s program of recovery. Aurora offers spiritually based programming to help patients find what kind of faith and practice works best for them.