According to Open Mind, a cognition and neuroscience blog for Paste Magazine, love is an addiction, like any other drug. “…love–and other drugs–increases dopamine in the reward system in the brain.” The neural pathways for love and drug addiction are almost identical. Scientists have agreed that love in the brain operates in very similar mannerisms to drugs. 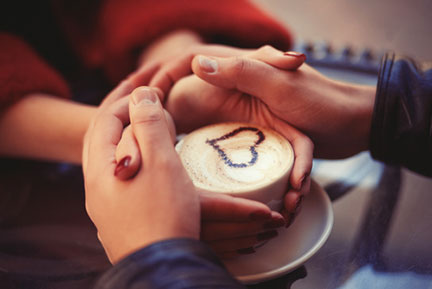 For example, both stimulate the production of dopamine, the neurotransmitter which communicates pleasure. Dopamine activates the brain’s reward center, which creates memories based on what caused the reward. Like drugs, love gets programmed into the brain as a source of good feelings. “Since the pleasure centers are the same for all rewarding behaviors,” the article explains, “love can sometimes look like addiction.” What happens in the reward center of the brain is identical between love and drugs. How each substance gets to the reward center differs.

There is a difference between lust and love, as anyone who has experienced both might be able to identify. Love is supposedly more complicated, more subtle, and more permanent than lust. Lust, is meant to be fleeting and insubstantial. The article argues, “that lust and attraction turn into attachment over time,” and that love is a form of attachment. “Adrenaline and dopamine step aside for oxytocin and vasopressin to step up, creating bonds that make partners feel close and committed.” Once love and attachment develop, the brain responds differently. Only love can light up a distinct area of the brain called the insula. Simply associating stimuli with pleasure and reward is one thing. The brain also has to create value. Value is created in the Insula. Love not only feels good, it has good value also.

How valuable is love during the treatment process? Most often it is lust, confused with love. Stimulating the production of dopamine when the brain is in critical need of it during withdrawal, can make any kind of pleasurable reward confusing. Many people try to argue that they just want to act upon their feelings of lust, because such activity is pleasurable and can act as a stress relief. As the research indicates, lust eventually causes attachment. In the early stages of recovery, attachment can be fatal. Attachments can cause pain when they are severed, like a broken heart. For the brain which is sensitive to pain because of its depleted dopamine production, it can go into panic mode to receive pleasure. Only one other thing is in current memory to produce such comparable pleasure– drugs and alcohol.

Aurora Recovery Centre provides residential treatment options to men and women seeking recovery in their lives. Let our programs be the light to your pathway as you journey toward lifelong recovery. For more information, call 844-515-STOP.