Hallucinations, false realities, and voices being heard inside the head are characteristics of the troubling mental disorder called schizophrenia. Schizophrenia and schizo-affective disorder are two common dual-diagnosis issues affiliated with substance abuse disorders. Addiction to drugs like methamphetamines or synthetics can cause extreme paranoia resulting in reality distortion and hearing voices. 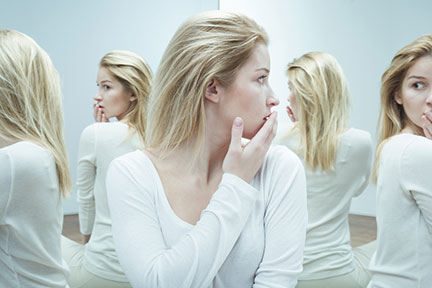 Schizophrenia is not the same as multiple personality disorder

Despite popular myth, however, schizophrenia is not the same as multiple personality disorder. Though there are voices acting as a dictating narrative, they are not fully formed identities.

Personality is different from sensory input. Hallucinations are the result of how the brain metabolizes sensory input and transmutes it in the brain. A personality is a complete identification process signified by distinctively different manners of thinking, feeling, and acting. It is possible for the voices heard by schizophrenics to have their own identities. Some voices, for instance, feel as if they come from within one’s own brain whereas others feel intrusive because they are external. Multiple personality disorder is a diagnosable mental illness. Also known as dissociative identity disorder, this illness causes a very real switch in personality. Individuals can have three or more distinct personalities within them. “Switching” can be caused by triggering events which relate to trauma. Schizophrenia is not a trauma-based illness like multiple personality disorder. It is a brain functioning disorder which requires treatment and the development of coping skills.

Other myths surrounding schizophrenia include:

People suffering from untreated schizophrenia experience difficulties in forming reason and relation. Different brain functions are influenced by the presence of schizophrenia. The ability to think with clarity, regulate emotions, and act with informed decision making are impaired. One often overlooked symptom of schizophrenia is a marked difficulty in relating to others. Mental illnesses are accompanied with debilitating stigma that undermines the challenge of living with an illness. When someone is crying, a schizophrenic might interpret their sadness as something else. They are sadly taken to be insensitive or ‘stupid’ due to their inability to understand social situations and relations.

Aurora Recovery Center warmly welcomes patients with a need for dual-diagnosis treatment of substance abuse and mental health disorders. Our programs are for men and women’s recovery. For more information call 1-844-515-STOP.