Social media is a phenomenon. At any given second, billions of people around the world are logged into one of literally hundreds of social media and social networking platforms. Facebook alone has 1.59 billion users logging in. Since the dawning of MySpace, criticism has risen over how social media influences our lives and cultures. Customizing profiles, for example, has turned into a practice in identity crisis. The ability to curate our personal identities online has taken an interesting toll on our culture. 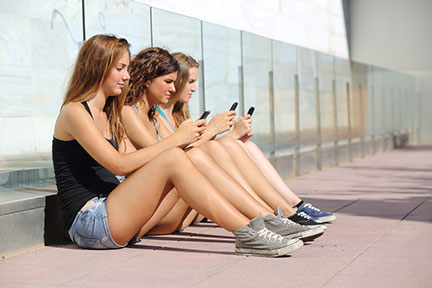 Today, everything is customizable. We identify ourselves through the minute details of appearances in every area of our lives. Partially this is due to the sheer opportunity to do so. It is a form of self-expression. On the other hand, this is due to the growing obsession with making ourselves appear a certain way to others.

Problematically, social media encourages us to participate in the harmful art of comparison. We compare our perceived lives to the perceived lives of others. If we are taking such careful consideration into who we appear to be online, then it is presumable others are doing the same. Yet, we take their documented lives to dictate reality. For some, this is a fragile imbalance.

Eating disorders are mental illnesses deeply rooted in perception. Commonly, eating disorders are mistaken to be illnesses regarding food. As for alcoholism the liquor is but a symptom, for eating disorders, the food is but an extension. Social media itself perpetuates troublesome practices when it comes to body image and eating. For some time the “pro-ana” movement has been gaining critical attention. Through blogs, hashtags, and social media posts, people publish their secrets and motivation for maintaining anorexic behavior. Hashtag trends like “#thigh-gap” and other body-focused movements are harmful as well. Body dysmorphia is an eating disorder where someone becomes hyper-focused on their physical flaws and sees them as a definition of their self-worth. Social media that brings attention to certain physical features is a giant red flag for these practices.

Too much social media can create a hyper-stimulation of anxiety, depression, and even pleasure in the brain. Committing the images, likes, and comments to memory, people with eating and body image disorders weigh their self worth against what they see online and how they are validated. Engaging in dangerous behaviors like starvation and purging to look better online exacerbates the issue of eating disorders.