Another week, another study on social media revealing how terrible it truly is for good mental health and wellbeing. Using multiple platforms for social media is closely associated with a higher level of depression and anxiety, especially in younger adults. “This association,” one of the researchers explained, “is strong enough that clinicians could consider asking their patients with depression and anxiety about multiple platform use.” Additionally, the researchers feel that clinicians could use the information to counsel their patients letting them know “that this use may be related to their symptoms.” 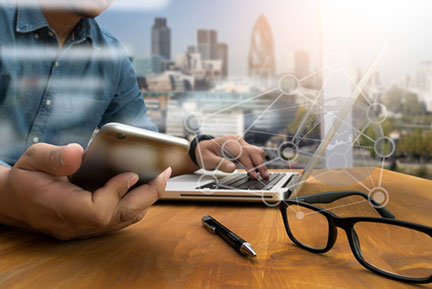 What Causes The Depression And Anxiety?

Here are some of the reasons the researchers felt social media use across multiple platforms might result in higher likelihoods of depression and anxiety:

Repeatedly switching between social media platforms has been shown to reduce wellness in cognitive functioning and other levels of mental health. As a result, the brain feels slow, confused, and misdirected, which can lead to extreme emotions.

There is no handbook of etiquette or written constitution of law when it comes to social media. Trying to keep appearances on multiple platforms at once can be overwhelming, frustrating, and nerve inducing. Feeling conflicted about how one appears can affect how one feels, causing a negative mood and negative emotions.

Part of the insecurity which comes from a variety of unofficial rules when it comes to social media can lead to making “mistakes”. Multiple platforms means more opportunities to make a mistake and embarrass oneself on a public platform. Cyberbullying and bullying through social media is common, which leads to depression, anxiety, and often times attempts at suicide.