In the alternative health age where there’s a holistic answer for everything. The stomach has come under particular examination in recent years. Probiotics have always been an available supplement to help the body digest and naturally regulate its internal fauna. Health trends in recent years have highlighted probiotics as a necessity for every day routine. “Gut bacteria” as it is called can influence perception, emotion, and the way we think. New research suggests that other gut bacteria might contribute to eating disorders. 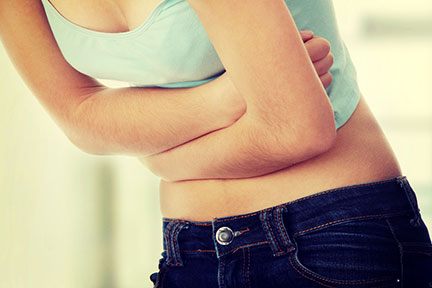 How bacteria encourages eating disorders can be illustrated through this example. When you are sick, you don’t feel well. Generally, your hygiene drops and you just feel “yucky”. Something about your hair, your skin, your teeth, your overall being feels disgusting. Not feeling good simply doesn’t feel good. British scientists discovered that bacterial infections like the ones that can make you sick, “confuse the immune system and lead to an attack on the brain which triggers feelings of personal disgust”, according to The Mirror.

Eating disorders are seen to be effects of psychological factors primarily influenced by social and environmental pressures. The scientists believe that some of those thoughts are linked to the development of antibodies, which the body produces to fight bacterial infection. These antibodies tend to lay wrath on healthy parts of the body.  For example, the antibodies might go after the limbic system in the brain, creating those “icky” feelings of disgust as well as fear. One of the scientists suggests that these thoughts quickly become attached to societal and cultural norms exemplified through images of the ‘perfect’ body. Our modern day, weight-obsessed environment creates a natural connection between disgust, body image, and food. Turning focus on food, an eating disorder develops.

Suggesting that eating disorders such as anorexia are purely rooted in bacterial infection takes away from the holistic necessity for treatment. However, considering the endless cycle of food behaviors in eating disorders, it may make some more sense. Bingeing and purging, as well as restricting, are the most common patterns for disordered eating. Constantly changing levels of nutrition (i.e. extremely restricted healthy foods to sugary complex carbohydrates and junk food), negatively impact gut bacteria. Though the research points to bacterial infection, other research about gut bacteria indicates similar possibility.