Addiction is a disease of non-consequence. That characteristic is one of the reasons the shame and stigma surrounding addiction gets so much following. Addicts have a tendency to be reckless, impulsive, and act without consequence. Most highlighted is an example like this. Despite being in and out of treatment centers, knowing that one more slip will mean the end of their marriage, losing their job, or losing custody of their children, an addict still turns to their drugs. 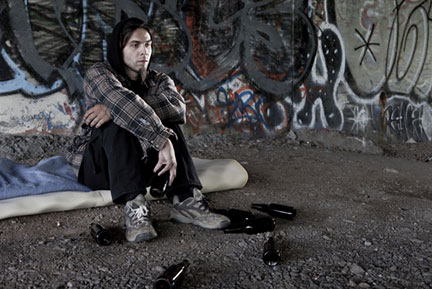 They might not even take the time to consider the consequences. Obsessive cravings turn to compulsive behaviors turning them toward the only solution they know- to use. It’s not a stretch to say that they act selfishly. Indeed in such moments they are only able to think of themselves. Addicts are inherently selfish because they have been programmed in their brains to act that way. Drugs and alcohol rewire the brain in such a way that the mid-brain, the center of operations in the brain, becomes altered. The mid-brain is responsible for the operations needed for survival, like eating and breathing. Quite literally, addiction becomes a matter of survival. In emergency demonstrations on airplanes, there is instruction to apply one’s own oxygen mask before helping others. In such a moment, would someone be accused of being inconsequential and selfish? An addict’s brain is telling them with every chemical response it has to put that oxygen mask on first. Unfortunately that oxygen mask is harmful drugs and alcohol.

What does this have to do with the idea of rock bottom? Some people criticize the philosophy that an addict has to hit “rock bottom”before they are willing to seek help. Not everyone has to reach the despicable, disgraceful point of despair so often described. However, they do have to reach a point of consequence. At some point, the consequence of using more drugs and alcohol has to outweigh the non-consequence of using drugs and alcohol. Without any consequence, without any reason to shock the brain so greatly into not continuing to use, it’s likely an addict will.

Addiction is not black and white. Treatment for addiction shouldn’t be either. Aurora Recovery Center provides a spectrum of treatment options to create an individualized program of care to meet each member’s need. Let us light the path to lifelong recovery. For more information, call 844-515-STOP.