Munmun DeChoudry, is a computational scientist and head of a monumental research effort looking into how effective banning pro-eating disorder hashtags on certain social media platforms has been. Social media has become a dangerous place for body image sensitivity. Since the development of online forums and communities, pro-ana (pro-anorexia) has been a lurking trend. In 2012, Instagram made moves to ban basic eating disorder hashtags like #anorexia #proana and #bulimia. The study, put on by Georgia Tech, found: 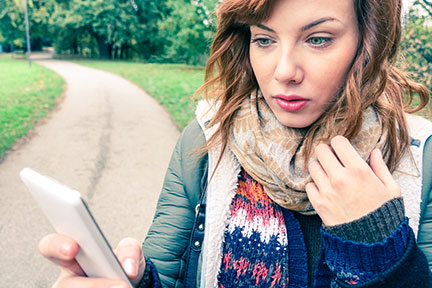 Overall, the research concluded that banning hashtags is more harmful than productive. DeChoudry offered her insights on what might make for proactive efforts by platforms like Instagram:

For the other breeding ground of pro-eating disorder content, Tumblr, DeChoudry recommends redirecting the links for pro-eating disorder hashtags to the National Eating Disorder Association website. When someone is about to post content that contains pro-eating disorder imagery or language, Tumblr can program a pop-up message and privately message helpful information.

The ultimate challenge in regulation of pro-eating disorder content on social media platforms lies somewhere in the freedom of expression. Many people suffering from eating disorders feel insecure and isolated in their insecurities. Expressing their behaviors, which are an extension of their mental states, is comforting. Especially when others are doing the same, communities are formed because solidarity is found. Social media is a revolutionary tool in creating community. Without consistent regulation, it can empower the development of communities that promote harmful values.

Additionally, the banning of regularly used hashtags exacerbates the exposing feeling of being found out in one’s disordered eating behaviors. Needing to hide and protect their behaviors is a condition of eating disorders. Creating new hashtags and subsets of pro-eating disorder communities online almost makes that pattern a challenge, met with camaraderie and teamwork.