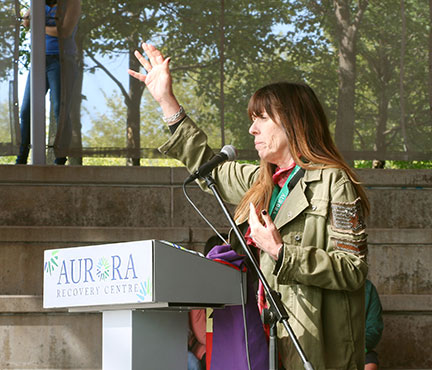 “Anyone can experience addiction, and everyone can find their way to recovery.

That’s what the organizers of a Winnipeg festival taking place at The Forks on Saturday want the public to understand.

Recovery Day Winnipeg is a free, day-long event that aims to celebrate sobriety and reduce the stigma of addiction in Manitoba.

Guest speakers include Canadian rapper Madchild and actor Mackenzie Phillips, who has recently appeared in the hit Netflix series Orange Is the New Black.

Phillips — who began acting at age 12 in the film American Graffiti and gained fame for appearing in the 70’s sitcom One Day At a Time — has written two memoirs about her struggles with substance abuse.”